Mozambique bounce back with victory over Seychelles 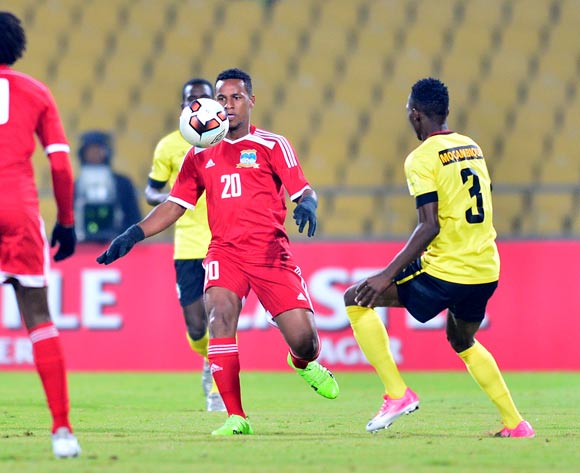 Mozambique are back in contention for a place in the quarterfinals of the 2017 Cosafa Cup after they defeated Seychelles 2-1 at Royal Bafokeng Stadium on Wednesday night.

The Mambas suffered a stinging 4-0 loss at the hands of Zimbabwe in their Group B opener on Monday, but this victory gives them a chance of leapfrogging to the top of the standings (currently shared by Zimbabwe and Madagascar, on four points apiece) and eliminates the Pirates from the competition.

Seychelles offered the first genuine threat on goal and they had an effort ruled out in the 14th minute: Tamboo got on the end of a knock-down from the lanky Hopprich and forced the ball home from close range, but he was correctly flagged offside.

On 26 minutes Mozambique showed their pace and power on the counter attack to create a chance for Danilo to shoot on goal, but Seychelles defender Mellie recovered superbly to make a last-ditch tackle.

The teams traded further opportunities in what remained of the half, with the best coming from a powerful run by Mozambique’s Nelson in the 43rd minute, but his effort, like the others, failed to find the back of the net.

However, it took just three minutes of the second half for the deadlock to be broken, as Nuno provided a cross from the right flank and Mambas skipper Stelio scored at the far post with a determined header to put his side ahead.

Just before the hour mark the Pirates almost found an equaliser out of nowhere, as Bibi got on the end of a cross from Melanie but directed his header wide of goalkeeper Victor’s left-hand post.

That chance boosted Seychelles’ confidence and on 63 minutes they profited from a dreadful error by Victor, who weakly palmed a low cross into the path of Melanie, allowing him an easy finish into an unguarded net to make it 1-1.

A few minutes later the Mambas goalkeeper redeemed himself with a wonderful reaction save to keep out a header from Hall that looked destined for the back of the net.

On 70 minutes Abel Xavier’s side reclaimed the lead, with Mutong’s clever movement in the penalty area allowing him to score a well-placed header from a corner kick.

Mutong’s goal proved to be the difference between the teams, with Seychelles unable to come up with a second reply.

Mozambique will wrap up their Group B campaign with a match against Madagascar at Moruleng Stadium on Friday, while Seychelles will face Zimbabwe at Royal Bafokeng.

For the Mambas to qualify for the last eight they will need to win their game and hope that Seychelles deny Zimbabwe a victory.