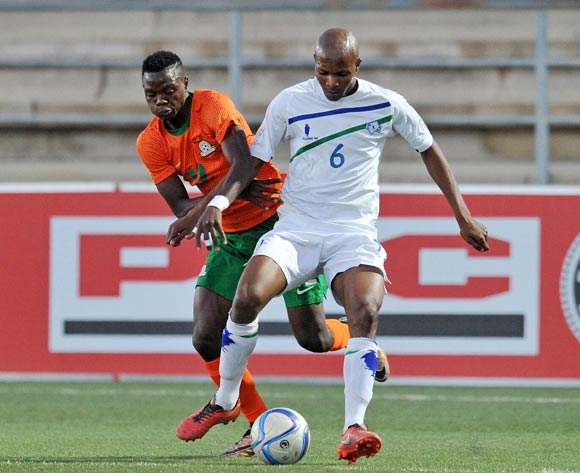 Namibia and Lesotho will enter the 2017 Cosafa Cup on Saturday evening when they face off in a quarterfinal at Royal Bafokeng Stadium, kick-off at 17h30.

Both the Brave Warriors and Likuena were seeded teams for this edition of the regional tournament, allowing them to skip the group stage.

Namibia will be hoping to repeat their Cosafa Cup triumph of 2015, when the tournament was last held in South Africa.

That year, the Brave Warriors dominated their group, ousted Zambia on penalties in the quarterfinals, overpowered Madagascar 3-2 in the semis and trumped Mozambique 2-0 in the final to win their first Cosafa Cup title.

Namibia’s defence of their crown on home soil in 2016 didn’t quite go as planned, with the hosts beaten by Botswana on penalties in the quarterfinals, though they did at least go on to claim the Plate as a consolation.

Lesotho, in contrast, have never won the Cosafa Cup. Their best showing in the tournament was a runners-up finish way back in 2000.

Likuena impressed in the group stage of the tournament in 2016, defeating Mauritius, Angola and Malawi (without conceding a single goal) to advance into the quarterfinals with a flourish, but they then lost out on penalties to eventual champions South Africa, and succumbed in the Plate semifinals to Zambia.

Namibia and Lesotho have clashed in nine previous matches, with each team claiming three wins against each other. Their most recent meeting was an international friendly in Windhoek in October 2011 which ended goalless, while their last Cosafa Cup clash was in the group stage of the 2008 edition and ended 1-1.