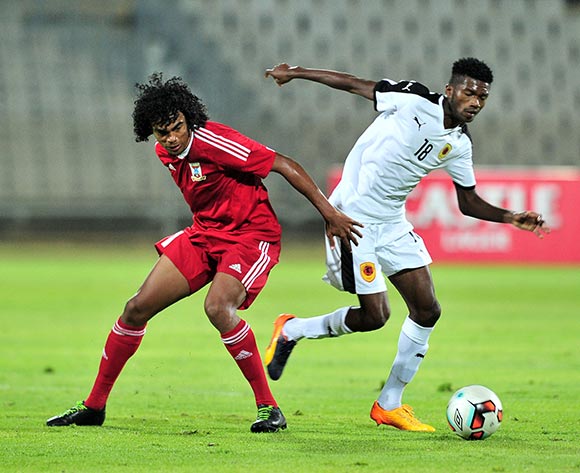 Tanzania have qualified for the quarterfinals of the 2017 Cosafa Cup despite being held to a 1-1 draw by Mauritius in their final Group A match at Moruleng Stadium on Thursday evening.

The Taifa Stars finished on five points, the same total as Angola (who were held 0-0 by Malawi in a concurrent match at Royal Bafokeng Stadium) but placed first thanks to a superior goal difference.

They progress into the last eight and will face hosts and defending champions South Africa in the third quarterfinal, set for Sunday evening at Royal Bafokeng.

Tanzania dominated the early stages of the match, but Mauritius stood firm in defence, with goalkeeper Kevin Jean-Louis particularly influential.

Just past the half hour mark the Taifa Stars were desperately unlucky not to claim the lead, with Yahya Ramadhani finally getting the better of Jean-Louis, only to see the ball rebound off the upright.

Club M were not without their own attacking chances, and on 38 minutes Jeremy Villeneuve found himself with only goalkeeper Aishi Manula to beat, but could only find the side netting.

The half ended with Jean-Louis continuing to enhance his reputation, as he kept out efforts from Elias Maguri and Thomas Ulimwengu in quick succession.

Mauritius claimed a surprise lead midway through the second half, with substitute Kevin Perticots providing a fine chip beyond Manula for their first goal of the tournament.

Yet Tanzania quickly restored parity through another substitute, with Simon Msuva making it 1-1 less than 10 minutes after replacing Maguri.

And the East Africans were handed the initiative for the final stages of the match when Club M were reduced to 10 men - defender Damien Balisson was given his marching orders in the 78th minute.

Tanzania nearly claimed the lead with just three minutes of regulation time remaining, as Jean-Louis pulled off a fine save before Msuva was denied by the woodwork.

There was to be no late winner for the invitees, but their 1-1 draw with Club M proved to be enough to secure a berth in the knockout stages.