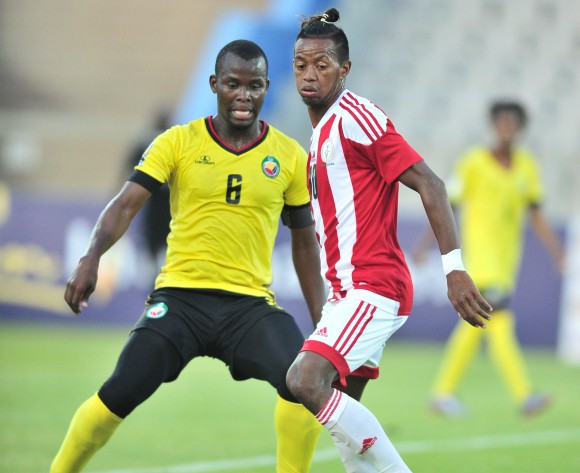 Despite an impressive 4-1 win over Mozambique in their final Cosafa Cup, Group B game on Friday night at the Moruleng Stadium, Madagascar failed to reach the knockout stages of the competition.

Coupled with Zimbabwe’s 5-0 win over Seychelles in Group B’s other game on Friday night, Madagascar finished second on the standings with seven points (the same as Zimbabwe), but with an inferior goal difference.

The loss for Mozambique sees them finish third in Group B with three points while Seychelles prop up the group with zero points.

Madagascar got off to the perfect start and opened the scoring in the eighth minute courtesy of a strike from Bela, 1-0.

Mozambique, though, fought their way back into the match and managed to draw level on the half hour mark after Arnaldo found the back of the net, 1-1.

Mozambique’s joy was short-lived as Madagascar re-took the lead four minutes later when Bila produced a clinical finish in front of goal, to give them a 2-1 lead going into the break.

Ten minutes into the second half Madagascar doubled their lead when Bela found his second goal of the game, 3-1.

Any chance Mozambique had of producing a comeback was cut short in the 77th minute when they were reduced to ten men following the sending off of Nuno.

Madagascar confirmed their dominance in the game with their third goal courtesy of a strike from Rinjala two minutes later, 4-1.

Madagascar pushed forward in search of more goals, but were unable to find any as they exited the tournament.