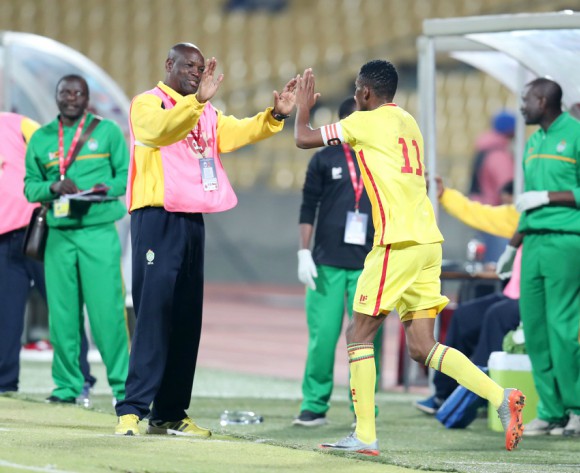 Zimbabwe produced an impressive performance to reach the quarterfinals of the Cosafa Cup after beating Seychelles 6-0 at the Royal Bafokeng Sports Palace on Friday night.

The win sees them top Group B on seven points, the same as Madagascar who beat Mozambique 4-1 also on Friday, but Zimbabwe have a superior goal difference.

The loss sees Seychelles finish bottom of the group with zero points while Mozambique are third with three points.

It was a slow start to the game, but Zimbabwe did manage to open the scoring in the 24the minute courtesy of a strike from Ovidy Karuru, 1-0.

Zimbabwe continued to dominate the opening half, but could not add to their goal tally before the break.

Ten minutes into the second half, though, Zimbabwe did managed to find their third goal when Prince Dube found the back of the net, 3-0.

In the 67th minute Ovidy Karuru completed his hat-trick as Zimbabwe confirmed their dominance on the game, 4-0.

In the 85th minute Ocean Mushure found goal as he made it 5-0 to Zimbabwe with a cool finish, 5-0.

The icing on the cake was Ocean Mushure’s second goal in the 95th minute to make it 6-0 to Zimbabwe.

Zimbabwe will now face Swaziland in the quarterfinals of the Cosafa Cup on Sunday.