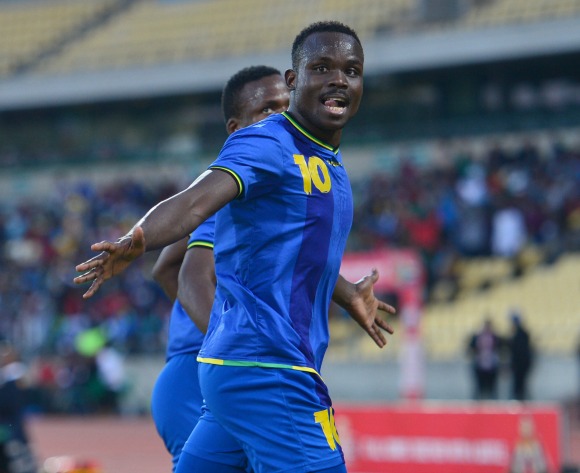 Bafana Bafana dominated the game, but their passing and shooting in the final third of the field simply wasn’t good enough, while the Taifa Stars defended bravely and capitalised on their only clear scoring chance.

Tanzania will face Zambia in the semifinals on Wednesday, while the hosts drop into the Plate competition and will play Botswana on Tuesday.

South Africa created the first scoring chance as early as the seventh minute, with Cole Alexander’s looping cross picking out Liam Jordan, who forced Aishi Manula into a low save.

The hosts looked the likelier scorers in the opening phase of the match, but on 18 minutes their defence was caught napping: Mzamiru Yasin provided a fine pass from midfield to put Elias Maguri in on goal and the striker beat Boalefa Pule at the near post to make it 1-0 to the Tanzanians.

Bafana Bafana dominated the remainder of the half and created a few half chances, particularly from set pieces, but they were unable to find a way past Manula and the resilient defence in front of him, leaving the Taifa Stars one goal up at the break.

The Tanzanians were more enterprising in the opening stages of the second half, though the best chance went the way of South Africa in the 57th minute as Jamie Webber played a dangerous ball across the face of goal which needed only a touch to be turned home.

From the midway point of the second half up to the final whistle South Africa threw everything but the kitchen sink at Tanzania’s defence, but made only one clear chance, with Lorenzo Gordinho firing over from close range in injury time.