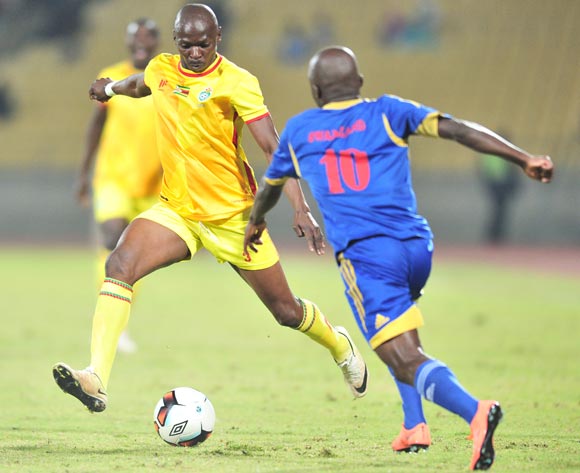 Zimbabwe have advanced into the semifinals of the 2017 Cosafa Cup after they defeated Swaziland 2-1 at Royal Bafokeng Stadium on Sunday evening.

The Warriors produced an exciting attacking performance to underline their status as tournament favourites, while Sihlangu put in a brave showing but were ultimately outgunned by their opponents.

Zimbabwe will face Lesotho in the second semifinal on Wednesday, while Swaziland drop into the Plate competition and will come up against Namibia on Tuesday.

Zimbabwe looked dangerous from the first whistle and after creating several early chances they claimed the lead in the 16th minute through Ovidy Karuru, who arrived late in the penalty area to sweep home Eric Chipeta’s cross.

The Warriors had several further scoring chances for the likes of Mitchell Katsvairo and Prince Dube, though they weren’t able to add to their advantage in the remainder of the first half.

Swaziland had to wait until the final minutes of the half to threaten Zimbabwe’s defence for the first time, and Felix Badenhorst was somewhat unlucky to send a snap shot just wide of goalkeeper George Chigova’s right-hand post.

Sihlangu had been completely outplayed in the first half, but early in the second they struck back to level the game at 1-1, with Badenhorst heading home from a hopeful punt into the penalty area on 48 minutes.

Just over 10 minutes later Badenhorst was involved again as his flick-on allowed Mcolisi Lukhele a close-range header on goal, but Chigova made a fine reaction save to keep the game at 1-1.

Zimbabwe had struggled to find their rhythm in the second half, but as the match neared full time they reasserted their dominance. With just over 10 minutes to play they reclaimed the lead when substitute Knox Mutizwa scored with a glancing header from a corner kick.

The Golden Arrows player’s goal proved to be the difference between the teams, with Zimbabwe deservedly advancing into the final four for the first time since 2013.