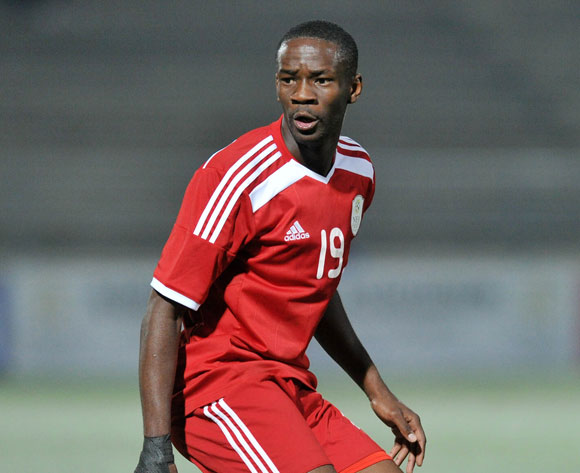 Larry Horaeb of Namibia during the 2016 Cosafa Cup Plate Semifinal match between Namibia and Mozambique at Sam Nujoma Stadium in Windhoek Namibia on 21 June, 2016 ©Muzi Ntombela/BackpagePix

Namibia will square off with Swaziland in the 2017 COSAFA Cup plate semi-final match at the Moruleng Stadium in Moruleng, South Africa on Tuesday.

The Brave Warriors were beaten 5-4 on penalties by Lesotho in their quarter-final clash at the Royal Bafokeng Stadium in South Africa on Saturday.

Namibia hosted last year's tournament and this year they will be hoping to finish fourth by winning the plate final.

Ricardo Mannetti, the Namibia coach, is expected to unleash Deon Hotto, who impressed against Lesotho.

Meanwhile, Swaziland were narrowly beaten 2-1 by Zimbabwe in their quarter-final encounter at the Royal Bafokeng Stadium on Sunday.

Sihlangu Semnikati finished third in last year's tournament and they will be looking to reach the plate final.

Pieter De Jong, the Sihlangu Semnikati coach, will look to Felix Badenhorst, who scored against Swaziland.

The other plate semi-final clash will feature Botswana and South Africa. The plate final is scheduled to take place on Friday.