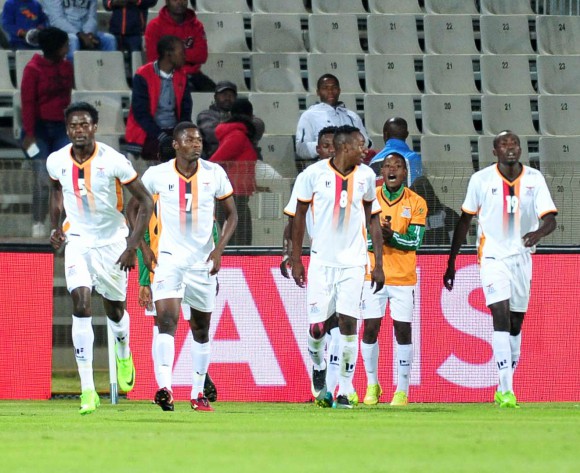 Zambia will target a 2017 COSAFA Cup final spot when they meet Tanzania in the Cup semi-finals on Wednesday in Rustenburg, South Africa.

Coach Wedson Nyirenda is aware that this is a perfect opportunity for him to lead Chipolopolo to glory.

In their previous two matches prior to the tournament, the four-time COSAFA champions are fresh from a 1-0 loss against Mozambique in the 2019 CAF Africa Cup of Nations Qualifiers, but managed to beat South Africa in a friendly.

However, in the regional tournament, they opened their account with a 2-1 win over the Zebras of Botswana on Saturday.

The Chipolopolo skipper, Donashano Malama believes there are no underdogs in the beautiful game, urging his teammates to work hard.

“There are no underdogs in football even those FIFA rankings don’t work. We just have to work hard,” said Malama.

“We know things have not gone very well for the senior team in recent matches but we want to appeal to the people back home to continue supporting us.

“No-one wants to lose, we all want to win and I can assure them that things will be okay.”

Looking at the Taifa Stars, coach Salim Mayanga is also banking on their fine form in the tournament.

Tanzania bagged a 1-0 win over hosts and 2016 champions Bafana Bafana on Sunday in the quarterfinals, and will now target their second victory.

The East African country is yet to lift the COSAFA title, but have three CECAFA crowns and have had a good tournament so far.

Tanzania collected five points in Group A from one win and two draws to finish as group winners, but will remain wary of Nyirenda's men.

Meanwhile, the two nations previously clashed in 1997 during the same competition in Tanzania and the encounter ended in a 2-2 draw.

The encounter will be staged at Moruleng Stadium in Rustenburg on Wednesday at 17:00 (CAT). CLICK HERE TO VISIT AFRICAN FOOTBALL ZAMBIA