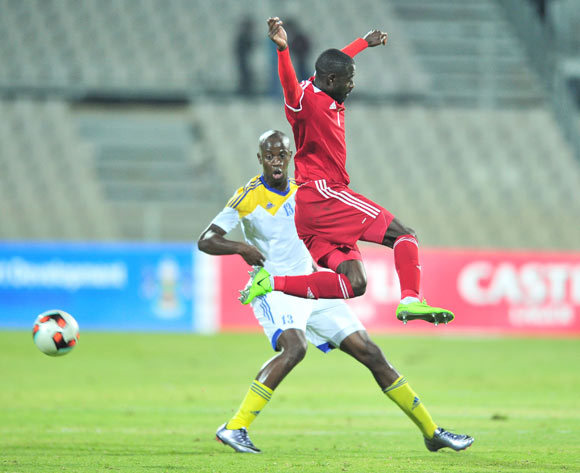 Namibia edged out Swaziland 1-0 in the 2017 COSAFA Cup plate semi-final match at the Moruleng Stadium in Moruleng, South Africa on Tuesday.

The victory sees the Brave Warriors advance to the plate final where they will face South Africa on Friday, while the King's Shield are out of the tournament.

Namibia goalkeeper Maximilian Mbaeva was also called into action in the 26th minute as the King's Shield looked to break the deadlock.

With the half-time break fast approaching, Swaziland striker Felix Badenhorst tried his luck from range, but his effort failed to hit the target.

As a result, the score was 0-0 between Namibia and Swaziland during the half-time break, following a relatively quiet first-half in the North West Province.

Ricardo Mannetti, the Namibia head coach, made the first change of the encounter just nine minutes into the second-half.

Ita Keimuine came on for fellow Namibia attacking midfielder Absalom Iimbondi as the Brave Warriors searched for the first goal of the match.

The deadlock was finally broken three minutes later and it was Kumbee Katjiteo, who hit the back of the net to make it 1-0 to Namibia.

Keimuine nearly doubled the Brave Warriors' lead in the 62nd minute, but this time Msibi made a good save to deny the attacker.

Swaziland could only try their luck from range as they struggled to penetrate the Brave Warriors defence which was marshalled by Ferdinand Karongee.

In the 70th minute, Swaziland's leading marksman Badenhorst unleashed a shot from range which missed the target with Mbaeva looking on in Namibia goal-posts.

Sifiso Mazibuko was introduced by Swaziland head coach Hendrik Pieter de Jongh in the closing stages as the King's Shield looked to grab a late equalizer.

However, Namibia stood firm at the back in the late stages of the encounter and they emerged 1-0 winners over Swaziland on the night.