Zambia through to Cosafa Cup final 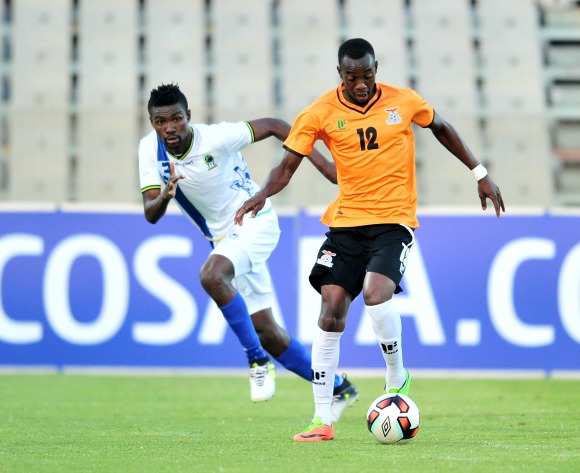 A brace from Justin Shonga and goals through Brian Mwila and Jackson Chirwa ensured Zambia reach the final of the 2017 Cosafa Cup when they beat Tanzania 4-2 in the semifinals at the Moruleng Stadium in Rustenburg on Wednesday.

Two goals through Erasto Nyoni and Saimon Msuva were not enough for Salum Mayanga's men, as they now get a chance to play in the third/fourth place play-off on Friday.

As both sides tried to settle down in the match, Zambia showed hunger as they took long range efforts through Brian Mwila, but they went wide, failing to trouble goalkeeper Aishi Manula.

However, in the 14th minute, a brilliant free kick by Nyoni managed to to break the deadlock for the Tanzanians as he beat keeper Allan Chibwe on his right top corner, 1-0 to Tanzania.

Just before the 30th minute mark, Chipolopolo nearly scored from an own goal by Nyoni as he tried to clear a corner, as Wedson Nyirenda's men piled more pressure on.

Zambia pushed for an equaliser and Justin Shonga's powerful shot from the d-line struck the woodwork, with Manula becoming a spectator.

On the stroke of half time, Mwila finally broke the deadlock when he slotted home from a close range after a cross down the right flank, 1-1.

With just seconds to the tunnel, Shonga doubled Zambia's lead after beating his marker with a powerful run into the box before slotting home to make it 2-1 at half time.

With Tanzania pushing for an equaliser, they conceded a penalty in the 55th minute when Gadiel Kamagi was adjudged to have handled the ball in the box.

Referee Victor Gomes pointed to the spot and Jackson Chirwa converted from the spot to make it 3-1 to Chipolopolo.

After receiving a set piece in the 67th minute, Shonga completed his brace a minute later when he produced a thunderous delivery to beat keeper Manula.

With 12 minutes remaining, Saimon Msuva made a good run to upset the Zambian defence, but his effort from a tight angle went wide.

Tanzania found their second goal in the 84th minute when Msuva finally scored. He unleashed a powerful shot unmarked in the box to beat Chibwe.

In the end, the Zambians held on to their lead and will now meet a winner between Lesotho and Zimbabwe in the final on Sunday, 9 July.