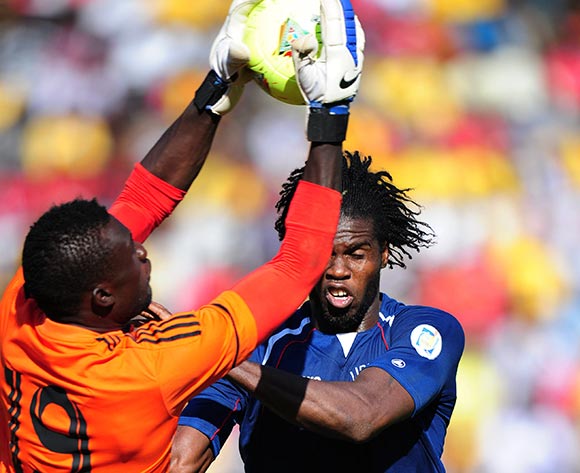 Based in Ethiopia with St. George, the big net minder has been linked with a move to Ajax Cape Town and Bloemfontein Celtic.

The 25-year-old shot-stopper was part of the national team squad for the 2017 CAF Africa Cup of Nations in Gabon and has spent five seasons with the Addis Ababa-based club.

According to the Kawowo Sports website, Siwelele and the Urban Warriors have for a long time been interested in the Odongkara.

The two Absa Premiership clubs are reported to be in talks with St. George since the shot-stopper remains contracted with the Addis Ababa based club.

Odongkara could not deny or confirm the talks, but rather hailed the level of professionalism, respect and love he has been accorded in Ethiopia over the years since he left Uganda Revenue Authority FC in early 2012.

“I am still a committed St. George Football Club player with a valid running contract,” said the keeper to Kawowo Sports.

“As a player, you can never predict your final destiny but life here (in Ethiopia) has been good given the professional technical staff, friendly and passionate fans.”

The Ugandan international featured for Kidus Giorgis in their final CAF Champions League, Group C match against Esperance on Sunday as they lost 4-0 in Sfax.