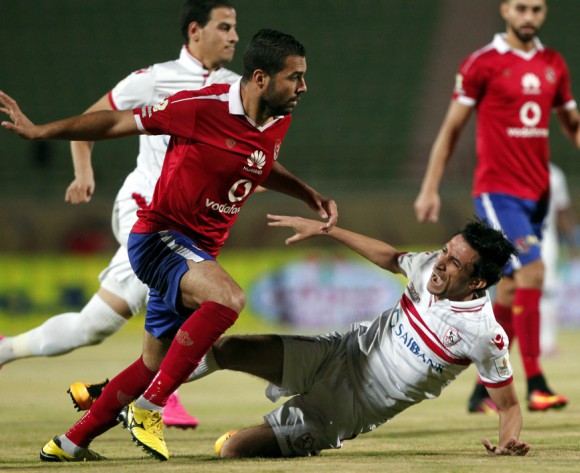 In the wake of riots in Egypt, the Egyptian Football Association says matches involving foreign clubs will not be affected.

It is reported that the EFA has announed that fans can attend Al Ahly's remaining CAF Champions League ties despite violence at Zamalek's match this past Sunday versus Al Ahli Tripoli.

The incidents occurred at Alexandria's Borg el-Arab Stadium as the White Knights crashed out of the tournament after a 2-2 draw with Libyan side Tripoli on Sunday.

Following their exit from the continental tournament, Zamalek fans threw flares onto the pitch causing the game to be halted briefly as they were cleared away.

"We should hold a meeting to decide what action to take against the Zamalek fans after they damaged the Borg el-Arab Stadium," the EFA's Karam Kordi said.

However the EFA's executive manager Tharwat Sweilem added that the developments will not affect future matches.

"What happened will not affect the fans attending the next matches in Egypt featuring teams from overseas,” said Sweilem.

According to the BBC, supporters are currently not allowed into stadiums to watch domestic league games and can only attend international matches featuring clubs and country.

Last month the Ministry of Sports announced that 70,000 fans will be permitted to attend the Pharaoh's 2018 World Cup qualifier against Uganda in September.