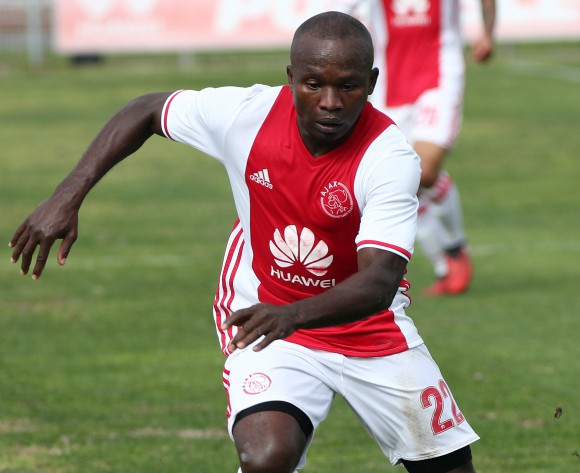 Ejike Uzoenyi is back in the Mother City - this time with the goal of landing a move to Ajax Cape Town in the South African Premier Soccer League (PSL).

The Nigeria international made a name for himself in the city during the 2014 African Nations Championship (CHAN) on his way to being crowned the Most Valuable Player, and now hopes to further his career in the city.

Following disappointing spells with Mamelodi Sundowns and Bidvest Wits, Uzoenyi is now trying his luck with the Urban Warriors and has been on trial at Ikamva since the start of the month.

The attacker has impressed on his short stay in the city thus far, catching the eye in a 4-0 pre-season win over Cape Town All Stars on Wednesday.

Head coach Stanley Menzo believes the Super Eagles winger has all the qualities of a good player, but revealed that they are yet to make a final decision on the player's future.

“He is a smart player, and reads the game well,” Menzo tells KickOff.com. “I’m happy with what I’ve seen, he’s got a good left foot and good final pass. Is he the player we are looking for? I don’t know yet, but you can see he is a good player.”