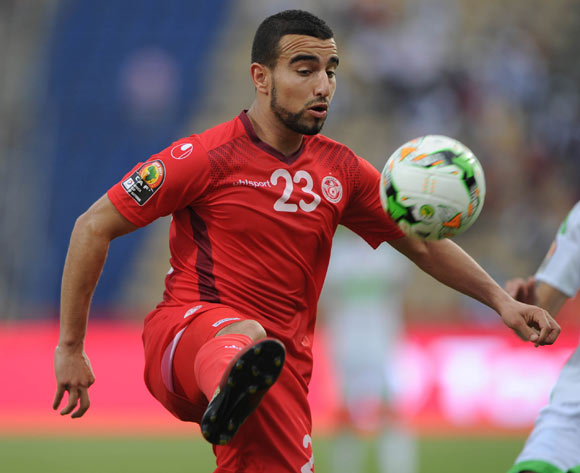 Naim Sliti of Tunisia during the Afcon Group B match between Algeria and Tunisia on the 19 January 2017 at Franceville Stadium, Gabon Pic Sydney Mahlangu/ BackpagePix

Sliti's future was in doubt after learning that he was unwanted at Lille by manager Marcelo Bielsa and has now moved on to further his career.

Reports indicate that the 24-year-old initially joined Lille on loan last year before signing a permanent deal until 2020 in May.

Despite interest from several clubs, Sliti opted to join Dijon as the club has an option to sign him on a permanent deal when his loan expires next year.

"It's true I received some offers but there are a lot of things that motivated me to come to Dijon," Sliti told the club official website.

"The first, and most importantly, is that the coach called me. It's a crucial year for me with the World Cup in mind, so it's important to feel confident and see that the coach is counting on you.

"I checked on the club, and I had very good feedback. A healthy atmosphere prevails within the club. It's like a family. I am very happy to be part of this family."

For the Eagles of Carthage, the midfielder has represented the national side at the 2017 CAF African Cup of Nations and featured in all four matches as Tunisia exited the tournament in the quarter-finals.