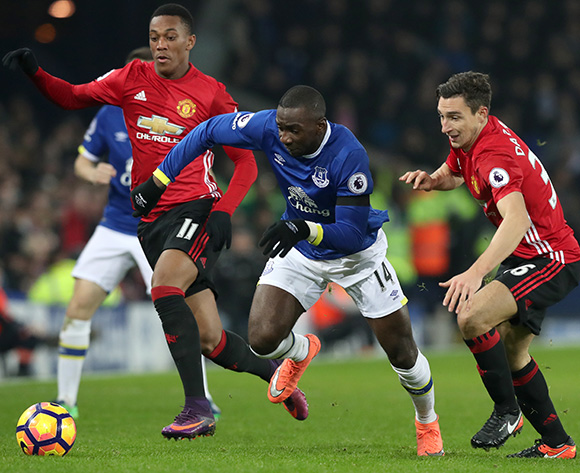 The 28-year-old has been out of action for eight month due to a cruciate knee ligament injury and torn meniscus - picked up in action against Manchester United on December 4, 2016.

Bolasie is making steady progress and has revealed that he will be ready to take to the field for Everton before Christmas this year. Watch the Democratic Republic of Congo winger race Campbell below:

50% @YannickBolasie !!! You made an old man have to drop some gears!!! Top session on the road to recovery 💪🏾👊🏾🙌🏾 pic.twitter.com/MqSLK0zyJO

The former Crystal Palace wide-man told Sportsmail that he is delighted to be running again, but is still some way off full fitness:

"The latest is I’m running again. I’m just happy to be running, coming from a long way. Between my second operation and now, the time has flown by. I’m just looking forward to coming back.

"I’ve got stages laid out. There’s a protocol that the Everton medical staff want me to follow and I’ve got my own personal physio as well. We’re all in sync and I’m progressing with my rehab, starting to work at a faster pace which is good. I’m enjoying it," Bolasie concluded.