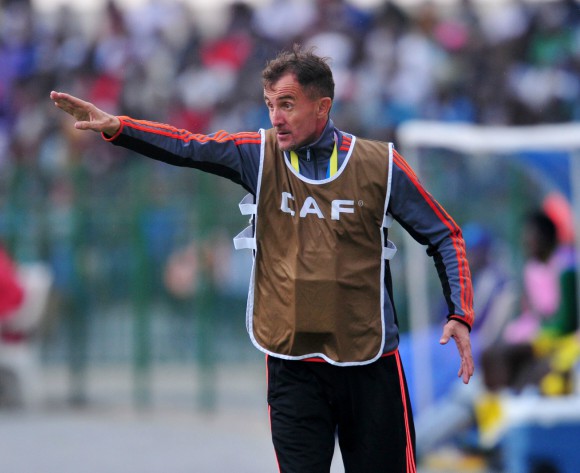 If reports from Uganda are anything to go by, the Cranes national team coach Milutin Sredojevic is on his way to South African club Orlando Pirates.

The Cranes national team mentor has reportedly left the country in a secret flight and was destined for an unnamed destination.

Furthermore, reports in South Africa indicate that the Serbian-born manager is on his way to lead the struggling Sea Robbers for a second stint.

According to Kawowo Sports website, Sredojevic arrived at Entebbe International Airport at around 9 P.M in the company of his driver on Thursday.

It is reported he spent more than three hours at the Entebbe Airport and freely interacted with staff at the aviation facility.

Ahead of his departure, the coach met with Uganda FA officials who included the president Moses Magogo, his Vice presidents Justus Mugisha as well as the CEO Edgar Watson where it was agreed that Watson meets with Micho’s agent Ivic Stankovic.

Although rumours suggest he is now in Ethiopia where his family is based, speculation is rife that he agreed personal terms with the Soweto giants.

Sredojevic was given the Uganda national coaching job in 2013 and guided the Uganda Cranes back to AFCON after over 38 years.