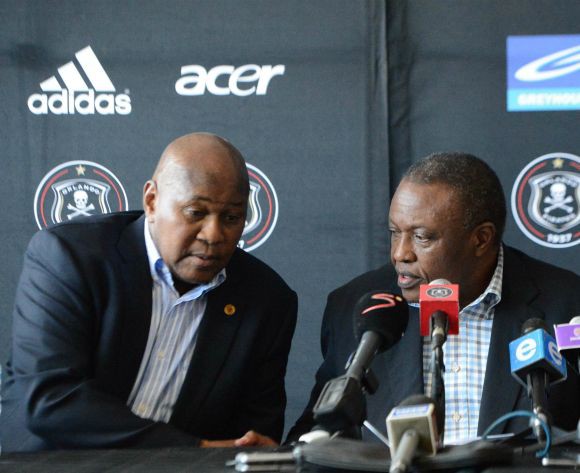 Although the FNB Stadium stampede investigation is underway, Kaizer Chiefs chairman Kaizer Motaung says they are very saddened by the incident.

Two people lost their lives at the FNB Stadium during a Soweto derby match between Amakhosi and Orlando Pirates.

Media reports reveal that the stampede outside the venue was allegedly caused by fans with fake tickets and those without any tickets who tried to force their way into the venue.

Although the Carling Black Label Champion Cup match was not stopped, the venue has now been declared a crime scene.

Khoza revealed that of the two people who passed away, only one has been identified by their family members.

"I would like to say we are very much touched about what happened on Saturday because this happened before," said Motaung.

"We are contemplating to organize a memorial service when we get all the identities of the passed on individuals.

“There will be an independent inquiry then we will address the media in due course once more info is gathered.”

Meanwhile, Khoza added that they are asking for patience to probe all the events as he sent condolences on behalf of the two Soweto giants.

“We are asking now for patience to investigate all the facts to see what preventative steps could have been taken," adds Khoza.

“The only person on the pitch is the ref who can stop the game. The game was not stopped because we had to abide by safety and security regulations.

“No stone will go unturned in the investigation to find out the causes of these tragic events.

“Nothing we say will bring back the lives of who passed away. The very least we can do is to see what went wrong."

#FNBStadium | Irvin KHoza: "On behalf of Orlando Pirates and Kaizer Chiefs we'd like to send our condolences to the families affected." pic.twitter.com/IeFpTCx20N