Riyad Mahrez wants to play for a top-six club 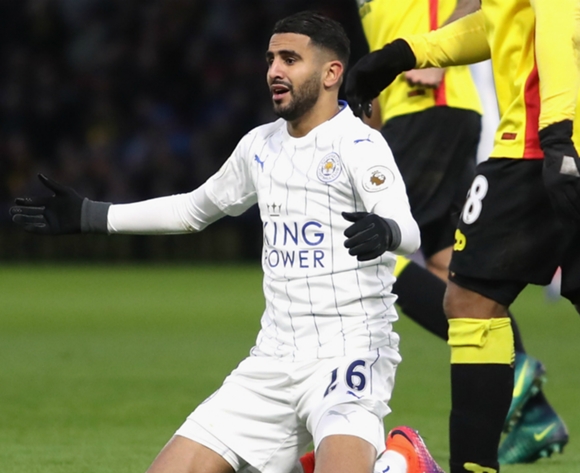 Mahrez, 26, has been heavily linked with a move away from the Foxes with the Algeria international expressing his desire to leave the club amid strong reported interest from Arsenal, Roma and Tottenham Hotspur.

The Foxes, though, are resilient in their quest of keeping the wing-wizard at King Power Stadium and will only let him go if a suitable bid is made. Reports suggest the club have rejected a £32 million approach from Roma, but Mahrez is reportedly keen on remaining in England.

Craig Shakespeare on Riyad Mahrez: "If we don’t get an offer from a top 6 club, he stays. If the offer comes and it’s not enough, he stays." pic.twitter.com/HtYkEipDY1

"He wants to play for a top-six club,’ Shakespeare is quoted as saying by the Daily Mail. "If we don’t get an offer from a top-six club, he stays. If that offer comes in and it’s not enough, he stays.

"It is quite clear for me at the moment, he has made that statement but he is our player.

"I picked him for 60 minutes [vs Burton Albion], he performed. Is it doing my head in? It’s part and parcel of the transfer window. If you let it, it can affect you. But my job is to make sure the players are focused on every training session and every game," he concluded.