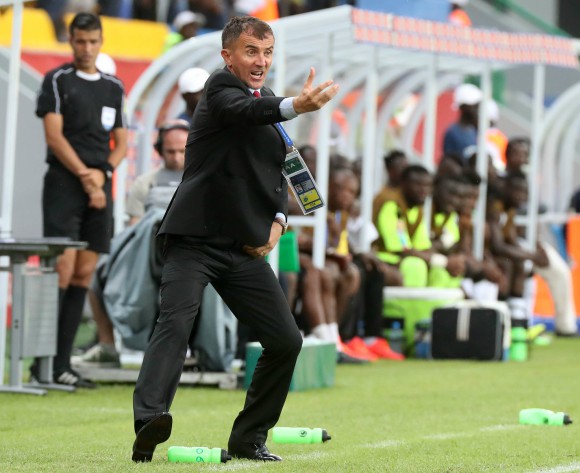 Following speculation that he was on his way to rejoin Orlando Pirates, former Uganda coach Milutin Sredojevic has now been unveiled as the new Buccaneers coach.

Although the club's chairman, Dr. Irvin Khoza did not reveal the length of the coach's contract, the Serbian manager has replaced Kjell Jonevret.

Jonevret tendered his resignation on Wednesday, raising speculation that the 'Micho' was on his way to the Soweto giants.

During a media briefing on Thursday, the 'Iron Duke' also confirmed that midfielder and skipper, Oupa Manyisa is joining African champions, Mamelodi Sundowns.

“We also welcome back Milutin Sredejovic, coach Micho. A man who's integrity I respect," said Khoza.

“When he left, he left graciously. Now, he comes back with a great record and experiences throughout the continent.

“We will also announce his technical support staff after further discussions.”

The 47-year-old is appointed with immediate effect and Khoza announced that they will meet to finalise the technical team as well as player and staff movements.

'Micho' led Pirates in 2006 where he reached the CAF Champions League semi-finals.

On the other hand, he also led the Cranes of Uganda to their first African Cup of Nations participation in 38 years in Gabon this year.