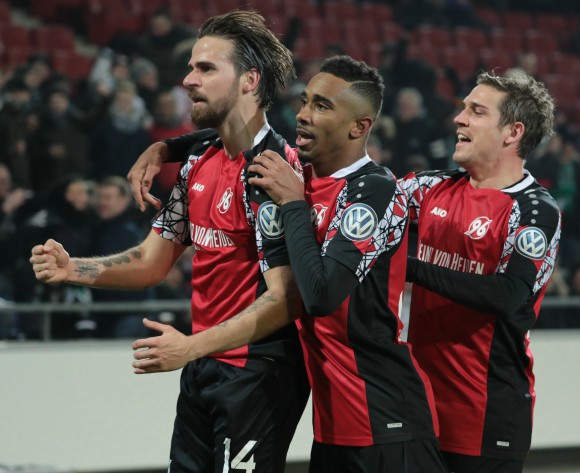 German club Hannover 96 have announced that Nigeria international Noah Joel Sarenren Bazee will undergo an operation on his injured thigh.

The promising striker has suffered a tendon rupture in the rear left thigh according to Hannover's official website.

A club statement read: "Bitter Diagnosis for Noah Joel Sarenren Bazee: The 20-year-old, who had to be replaced yesterday after an offensive in the test match against the 1. FC Germania Egestorf / Langreder, has suffered a tendon rupture in the rear left thigh.

"Injury is treated conservatively
This was the result of today's investigations with our team doctors Dr. Axel Partenheimer and Dr. Felix Hessel. The duo could exclude a muscle injury. Sarenren Bazee will go around for an operation. The injury is to be treated conservatively. We wish Noah fast recovery and good recovery."

As a result, Bazee could miss Nigeria's 2018 FIFA World Cup qualifiers against Cameroon which will take place on 31 August and 4 September 2017.