Masuaku: I always give my best for West Ham 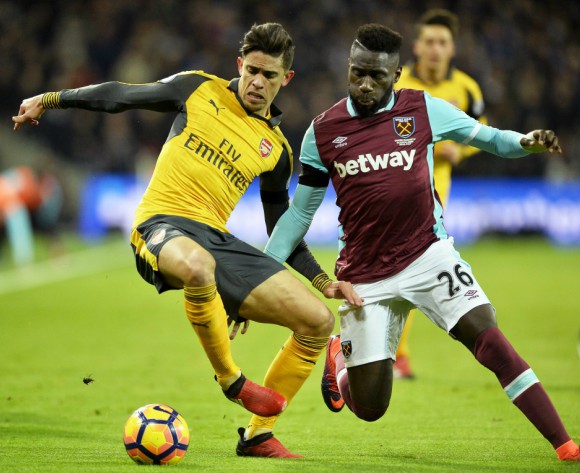 West Ham United defender Arthur Masuaku says they need to forget about their poor results in pre-season and focus on the new campaign.

The Hammers won just one of their six friendly games during pre-season. Fellow English side Manchester City beat them 3-0 in their last friendly game on Friday.

The DR Congo international says they need to focus all their energies on making a positive start to the 2017/18 English Premier League (EPL) season.

“We knew before the game that Man City are a big team, especially with the players they have bought this window,” Masuaku told club’s official website.

“It was a friendly game, but we were thinking about improving our play and, in my opinion, I didn’t think we played our best.

The Hammers are scheduled to take on EPL giants Manchester United in their first league match of the campaign at the Old Trafford on Sunday.

“We have to be positive, like we said in the dressing room after the game. We still have to improve because the main event is going to start next week," Masuaku, who suffered a long-term injury last season, continued.

“I feel good. I’m not 100 per cent yet but I’m working and focused on getting there. This kind of game can only help because I last played 90 minutes a long time ago.

“I was injured last season, so especially for me the pre-season is important and I’m already looking forward to the next game and I’ll always give my best.”

Masuaku was born in France and he has represented the country at youth level as a teenager, but he switched his allegiance to DR Congo in June, 2017.