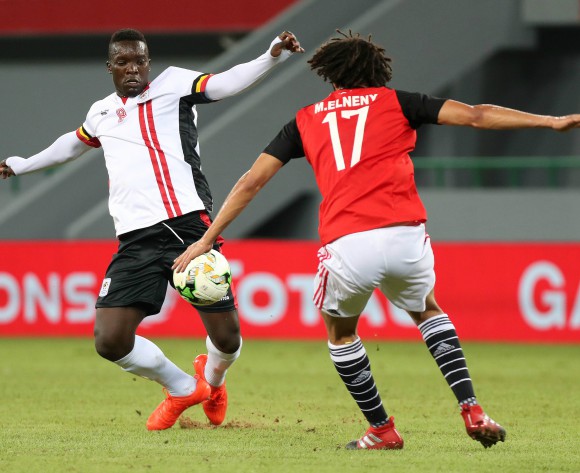 Latest information surrounding the future of Ugandan midfielder Khalid Aucho is that he has parted ways with Serbian side Red Stars Belgrade.

Reports reveal that the Cranes international has confirmed parting ways with the Serbian top division side after the club failed to honour the contract.

The 24-year-old joined the club on a six-month deal in February this year as a free agent from South Africa’s Baroka FC.

Aucho previously played for Gor Mahia and cited non payment of salary as one of the reasons for his decision not to renew his stay.

“I and my agent have decided to terminate the contract because they are not working according to the details of the contract,” said the player to Soka25East.

“We have dragged them to court – demanding my pay arrears.”

On the other hand, the player lamented racism in the country, but believes the city of Belgrade is one of the best in the world.

Although he is undecided about his future, Aucho does not rule out returning to Gor Mahia, but is closely evaluating offers already on the table.

“I love Gor Mahia, but now I’m weighing the options I already have.”