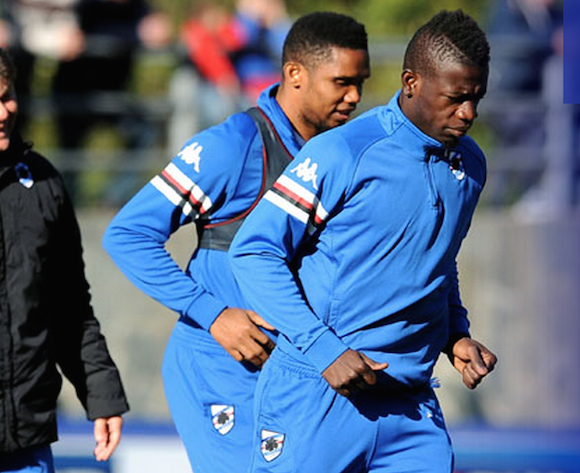 Afriyie Acquah in training with Sampdoria.

This has been confirmed by City manager Harry Redknapp when speaking to Sky Sports News on Thursday.

The latest reports have also indicated that City have also made a bid for Italian Serie A club Torino's Afriyie Acquah.

"You've got to see what you can get really" Redknapp said.

"If you can get them both you've got to make a decision, if you can only get one you take him.

Onazi, who is 24-years-old, made 32 league appearances for Trabzonspor last season and he scored two goals in the process.

Acquah featured in 20 league matches for Torino last season and the 25-year-old found the back of the net twice.