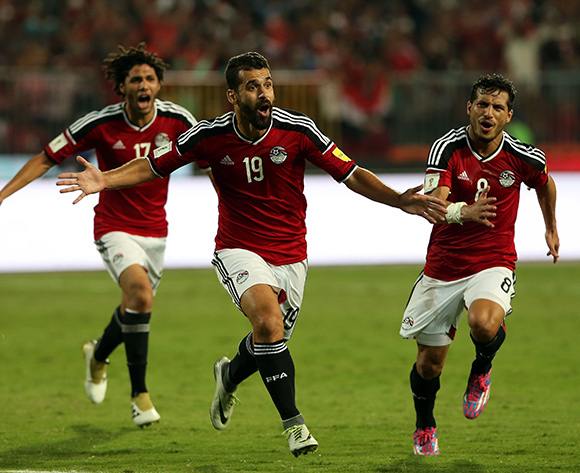 Egypt will take on Morocco in the 2018 African Nations Championship (CHAN) qualifier on Sunday.

The Northern Zone first-leg match will be played at the Alexandria Stadium in the Egyptian city of Alexandria.

The Pharoahs have never taken part in the qualifiers of this tournament since its inception in 2009.

Egypt will look to qualify for the CHAN finals in their maiden appearance in the qualifiers.

Hamada Sedki will be in charge of the Pharoahs as the head coach during their clashes with Morocco.

Meanwhile, Morocco have participated in the last two CHAN finals (in 2014 and 2016).

The Atlas Lions have reached the knockout stages once. They were defeated in the quarter-finals in 2014.

Jamal Salami is the man, who is in charge of the Morocco team, ahead of the encounters with Egypt.

Referee Mohamed Ragab Omar, who hails from Libya, will officiate the game between Egypt and Morocco.

The second-leg match will take place at the Prince Moulay Abdellah Stadium in the capital city of Morocco, Rabat.

The winner on aggregate between the two North African giants will advance to the finals.