Bafana keeper says they are under pressure at Kaizer Chiefs 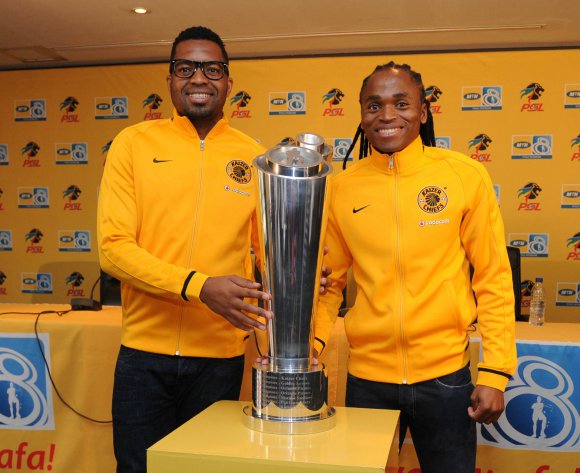 Ahead of their MTN8 Cup quarter-final clash against SuperSport United this weekend, Kaizer Chiefs goalkeeper and skipper, Itumeleng Khune says they have prepared well.

Khune was speaking to the media during a press briefing on Thursday at the Premier Soccer League offices in Parktown, Johannesburg.

The Wafa Wafa encounter will be staged at the Moses Mabhida Stadium in Durban on Saturday night as both sides will want to lift the trophy.

'Itu' said they need to be clinical this season and ensure they do not concede silly goals. He also added that they are under pressure to bring back the glory days.

“Our preparation has gone well, but our final preparation is on Friday at Moses Mabhida, we are also leaving on Friday and looking forward to host United,” said Khune.

“They are a tough team to play against, but we have a good plan, we have a fresh mind and good a plan to win trophies and games.

“We know United did not have a break, they just lifted a (Nedbank Cup) trophy and their spirit is still high.

"However, we played well in our friendlies against Orlando Pirates, Township Rollers and we are happy so far – we also added new players who will definitely add value.

“For us this season, we need to be clinical in front of goal because we have been playing good football, but just giving away silly goals.”

On the other hand, the Bafana Bafan net minder added that it's not only coach Steve Komphela who is under pressure, but the players as well.

“To be honest, not only the coach is under pressure, we are as players, he (Komphela) does everything according to plan and as player, we must execute the plan, but we have let him down a couple of times," adds the skipper.

“I think we must be clinical in front of goal and everything will go back to normal.

"For us who have played for Kaizer Chiefs for many years, going for two seasons with no gold medal is a shame and we must fight harder and get things back to normal.”

The highly anticipated encounter will be staged at the Moses Mabhida Stadium on Saturday night, getting underway at 20:15 (CAT).