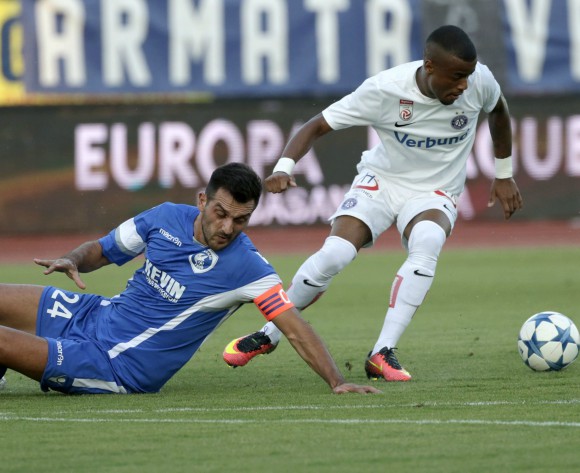 Reports in Europe indicate that the Cityzens are set to sign Nigeria international, but will send him on a season-long loan to Spanish side Girona.

The 24-year-old striker finished as the top scorer in Austria's top flight last season with 17 goals in 33 games.

Kayode netted 24 goals in 48 matches for Vienna last season including two goals in two games against Roma in the Europa League.

According to the BBC website, the Etihad Stadium-based outfit is yet to officially announce the deal for Kayode.

The forward has also played for Cote d'Ivoire's ASEC Mimosas, FC Luzern in Switzerland, Maccabi Netanya in Isreal and has represented Nigeria at the 2009 and 2011 U17 and U20 FIFA World Cups respectively.

He made his debut for the Super Eagles in an international friendly against Senegal in March and has featured three times for the three-time African Champions.