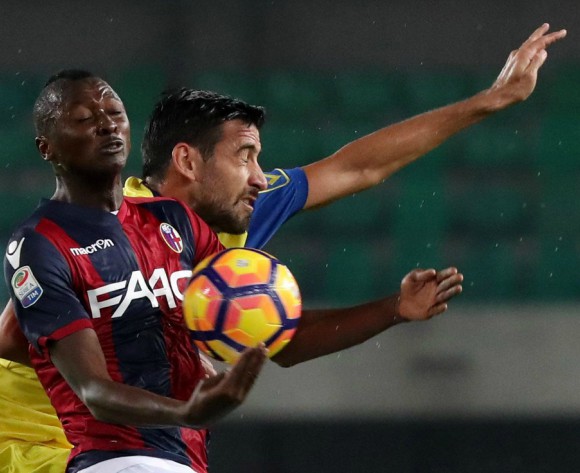 Nigeria Under-23 international Umar Sadiq is on the verge of leaving Roma for fellow Italian Serie A club, Torino, according to reports.

Respected Italian journalist, Gianluca Di Marzio, confirmed on Tuesday that the lanky forward will head to Torino on a season-long loan deal, with the club having the option to buy him outright for a fee of €6 million.

ONAZI: WHY I WANT TO LEAVE TRABZONSPOR FOR BIRMINGHAM

Roma, though, have also reportedly inserted a buy-back clause into his contract - if the Nigerian were to start firing in the foreseeable future.

Sadiq, who has also played for Spezia and Bologna, was the star for Nigeria at the 2016 Rio Olympics as the 'Dream Team' claimed bronze with a 3-2 win over Honduras in Belo Horizonte.