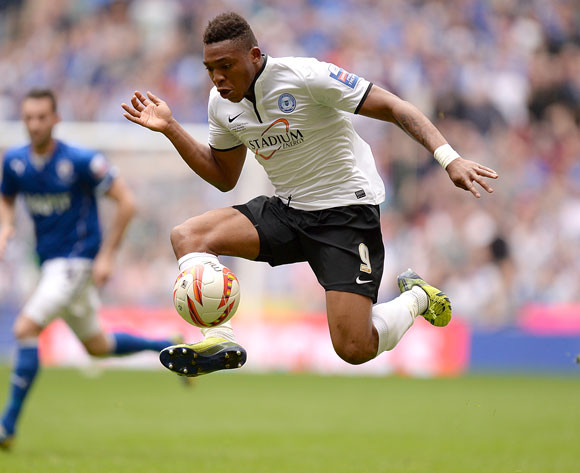 English side Middlesbrough's Democratic Republic of Congo (DRC) international Britt Assombalonga is eager to continue scoring for the club.

The talented forward hit the back of the twice as Middlesbrough brushed aside Burton Albion 2-0 in the English Championship match on Tuesday.

“I always want to score as many as I can and I was searching for that hat-trick,” Assombalonga told Middlesbrough's official website.

“Me getting two goals is good but I always want three or four, so why settle for less?

The former Watford FC striker, who opened his scoring account for the 2017/18 season against Albion, had not scored in his first two Middlesbrough games.

"The Championship is tough, you have to go out there and show your dominance. I think we did that in spells but you want to do it for the full game.

“We want to keep progressing and improving, and our best is yet to come.”

Assombalonga, who scored 14 goals in 32 league games for Forest last season, has been named in the DRC squad for the upcoming 2018 FIFA World Cup qualifiers.

DRC will take on Tunisia in Rades on 1 September 2017, before hosting the North African giants in Kinshasa four days later.