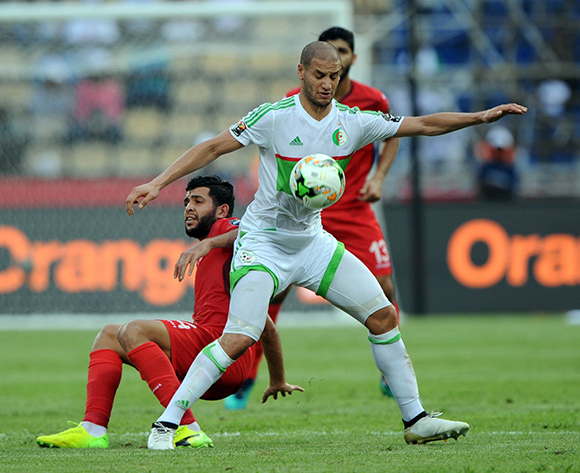 Algeria will need a minor miracle if they are to book their ticket to the 2018 African Nations Champions (CHAN) Tournament in Kenya, with Libya in the driving seat following the first-leg Northern Zone qualifier.

The Mediterranean Knights head into the clash at the Stade Taïeb Mhiri in Sfax with a 2-1 aggregate lead, following victory in Constantine last weekend.

Muaid Ellafi the hero for Libya who have been forced to play their home game in neighbouring Tunisia due to ongoing conflict in their country.

The Fennec Foxes have only qualified for the CHAN competition on one previous occasion, finishing fourth at the 2011 edition hosted in Sudan.

Libya, who won the tournament three years ago in South Africa, fell a goal behind as early as the first minute this past Saturday, but the 2014 champs showed great resilience to shock their North African rivals following Oussama Darfalou's early strike.

In 19 previous meetings - as per FIFA.com - Algeria have come out tops on 14 previous occasions with Libya winning three tussles against this weekend's opponents.