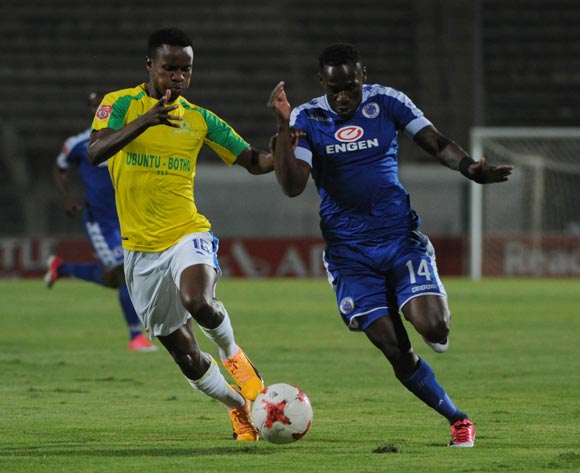 SuperSport United and Mamelodi Sundowns will open their 2017/18 Absa Premiership campaign with a derby clash at the Lucas Moripe Stadium on 19 August 2017, kick-off at 15h00.

SuperSport had a mixed campaign in 2016/17: they looked capable of challenging for the league title (even going on a 19-game unbeaten run) but they ended up a disappointing fifth after losing five of their last 10 matches. However, they won the Nedbank Cup and finished as runners-up in the Telkom Knockout.

As for Mamelodi Sundowns, they relinquished their PSL title to Bidvest Wits, losing out in a tough battle to Gavin Hunt’s side. Yet their triumph in the 2016 CAF Champions League underlined their status as one of the continent’s finest teams and they will enter this new campaign determined to reassert domestic dominance.

Both sides have seen some significant changes in the offseason: United have Eric Tinkler as their coach following Stuart Baxter’s move to become Bafana Bafana boss, while ‘Downs have made waves by signing Oupa Manyisa from Soweto giants Orlando Pirates.

In head-to-head terms, United and Sundowns have clashed in 52 league matches since 1990. The Brazilians have dominated the rivalry, claiming 27 wins compared to 14 for Matsatsantsa. The team in blue and white have managed just five wins from 26 home league matches against their rivals, the last of which arrived in the 2012/13 season.

Last term the Brazilians claimed a league ‘double’ over their fellow Tshwane club: ‘Downs claimed an emphatic 5-0 home win in the first half of the campaign, while the return game saw Pitso Mosimane’s side triumph 1-0. It was Sundowns’ seventh successive league win over Matsatsantsa.