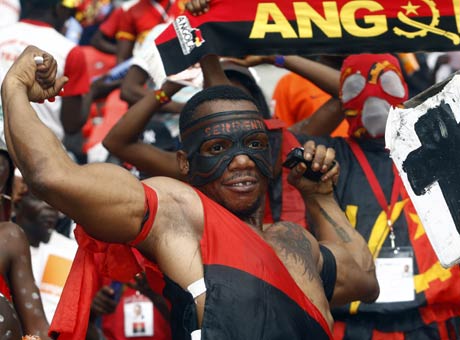 The victory sees Palancas Negras book their place in the 2018 CHAN finals after winning the tie 1-0 on aggregate.

The Southern Zone second-leg match was played at the Estádio 11 de Novembro in the capital city of Angola, Luanda.

The two sides were unable to find the back of the net in the first-half and the score was 0-0 during the half-time break.

The deadlock was finally broken after the hour-mark and it was Dani Massunguna, who scored to make it 1-0 to Angola.

Beto Bianchi's side managed to hold on to their slender lead in the closing stages of the match and they won 1-0.

Angola will now take part in the CHAN finals for the third time since the inception of the tournament in 2009.