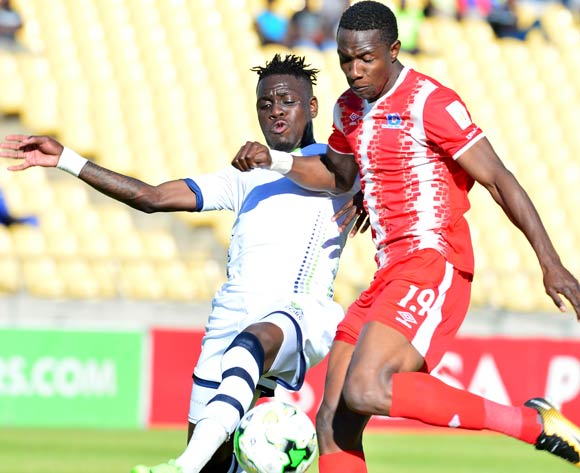 The Absa Premiership clash at the Royal Bafokeng Stadium was evenly-contested, but the Team of Choice showed the vital quality in crucial moments to take home all three points.

Both sides struggled to find an attacking rhythm in the opening half, with only one shot registered on target in the first 45 minutes. That effort came from the left foot of Stars’ Siyabonga Zulu, whose free kick from out wide needed a finger-tip save from Bongani Mpandle.

United were forced into an unscheduled change a few minutes before the half-time break when the injured Dennis Wiedliech was replaced by former Mamelodi Sundowns and Kaizer Chiefs defender Siyanda Xulu.

Xulu soon had the visitors’ best chance of the half, as he headed over the crossbar after meeting a corner kick, while at the other end a similar opportunity was spurned by Willem Mwedihanga, leaving the game goalless at the interval.

Both teams had chances in the early minutes of the second stanza, with Vuyo Mere heading just wide of goal from Abia Nale’s teasing cross, while Evans Rusike capitalised on a defensive mistake only to see his stinging volley well saved by Mbongeni Mzimela.

The deadlock was finally broken in the 75th minute, with the Team of Choice springing away on a counter attack which ended with Siphesihle Ndlovu squaring for Deolin Mekoa, who coolly fired a low shot through Mzimela’s legs to make it 1-0 to the visitors.

Maritzburg doubled their lead in the 89th minute, again using their speed on the counter to put Lebohang Maboe in on goal and the young attacker duly beat Mzimela to put the game beyond doubt.

Both United and Stars will be in league action again in midweek, facing Ajax Cape Town at home and Cape Town City away respectively.