Celtic and Chiefs play to a draw 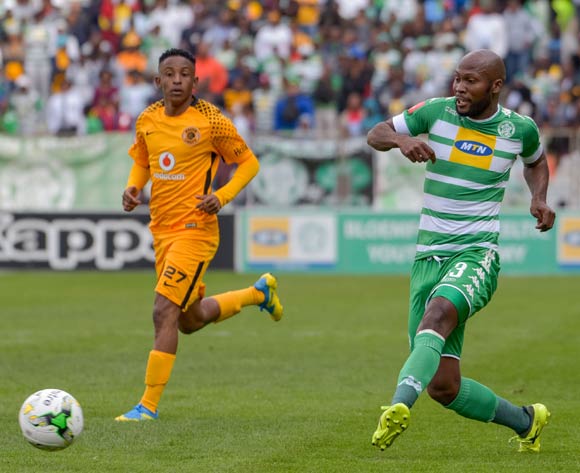 Bloemfontein Celtic and Kaizer Chiefs played to a 1-1 draw in their opening 2017/18 Absa Premiership match of the season at the Free State Stadium on Sunday afternoon.

Celtic saw the majority of the ball in the opening half, but poor decision making and bad passing in the final third resulted in very few decent scoring chances.

Instead, Chiefs, who saw very little of the ball, scored the game’s opening goal in the 37th minute when a Keagan Buchanan corner-kick was powerfully headed home by Erick Mathoho, 1-0.

Celtic tried to find their way back into the game, but went into the half time break trailing by a goal.

The Phunya Sele Sele nearly levelled matters three minutes into the second half, but Roggert Nyundu’s 30-yard shot was superbly stopped by the Amakhosi goalkeeper.

Nonetheless, Celtic continue to push for an equaliser and were afforded the perfect opportunity to grab one in the 74th minute when Lorenzo Gordinho handled the ball inside the box, and the referee pointed to the penalty spot.

Substitute Atusaye Nyondo stepped-up for the home team and made no mistake from the spot, 1-1.

Celtic continued to push forward after drawing level, but they could not find the winner as the two teams shared the spoils on the day.