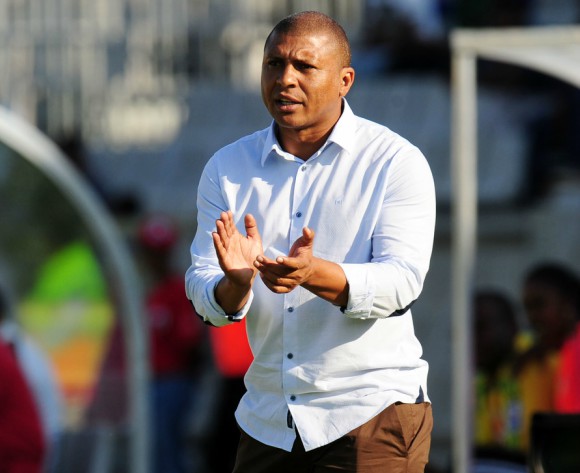 Namibian coach Ricardo Mannetti has hailed their 2-0 win over Comoros as they booked a spot at the 2018 CAF African Nations Championships.

The Brave Warriors beat Comoros on Sunday at the Sam Nujoma Stadium to secure a spot at the tournament set for local-based players.

Mannetti has led his men to the tournament for the first time in their history as two goals from Muna Katupose helped to seal Namibia’s qualification with a 3-2 aggregate score.

Katupose, who scored the winner in Ethiopia in 2007 when the Brave Warriors qualified for the 2008 African Cup of Nations, replaced Itamunua Keimuine at the start of the second half.

Mannetti reveals that he told the players to come to the party and he was confident of victory in the game despite going into half-time goalless and with pressure mounting.

“We had the away goal and for us we had a plan for anything today. This past week we planned on a lot of scenarios and I’m so proud today it worked and we are through,” said Mannetti.

“It is sweet victory for all of us from the fans to the players. We have qualified for Kenya.”

On the other hand, skipper Ronald Ketjijere says he urged his teammates to push harder for a victory at the Sam Nujoma Stadium.

“I spoke to the new boys individually last night after our team talk and calmed them down and today on the pitch things started off well because we created chances in the first half as well but the final touch was not good. In the end we scored and we are through, that’s what matters,” Ketjijere added.

The 2018 showpiece for local-based players will be staged in Kenya from 11 January to 02 February.