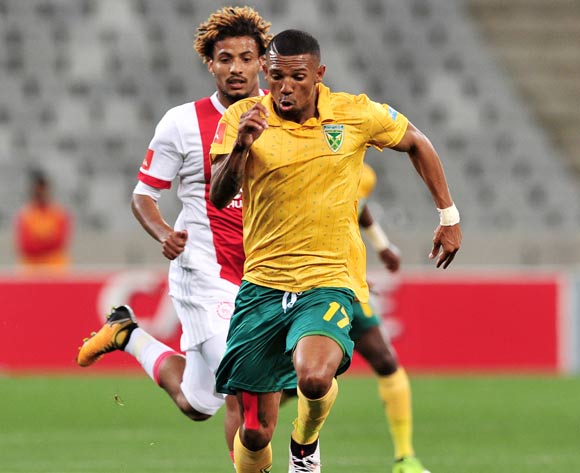 Golden Arrows will target their first win of the new Absa Premiership season when they host Bloemfontein Celtic at Princess Magogo Stadium on 23 August 2017, kick-off at 19h30.

Arrows opened their league campaign with a 1-1 draw away to Ajax Cape Town on Saturday night. The Durban side will be disappointed at coming away from the ‘Mother City’ with just a point after claiming the opening goal through Lerato Lamola.

Abafana Bes’thende and coach Clinton Larsen (who sat out the opening game and will also be sidelined for this encounter due to suspension) will hope to get off to a strong start at home, as they aim to make the Princess Magogo Stadium a tough venue for visiting teams.

Celtic were held to a 1-1 draw at home by Kaizer Chiefs in their first league match of the new season. The Bloemfontein side had to fight from a goal down to claim a share of the spoils, with Atusaye Nyondo’s penalty earning them a point.

Phunya Sele Sele managed just three wins on the road last season, but it was still more than the two they claimed as hosts. The team in green and white will hope their trip to Durban is the start of a good campaign on the road through 2017/18.

In head-to-head stats, Arrows and Celtic have clashed in 26 league matches since 2000/01. Phunya Sele Sele have claimed 11 wins compared to four for Abafana Bes’thende, while 11 matches have been drawn. The Durban side has managed just three home wins from 13 matches as hosts against Celtic.

However, Arrows claimed a league ‘double’ over the Bloemfontein side last season, winning 2-1 both home and away to claim their first victories over Phunya Sele Sele in the league since the second half of the 2007/08 campaign. Abafana Bes’thend are now unbeaten in their last five league clashes against the team in green and white hoops.