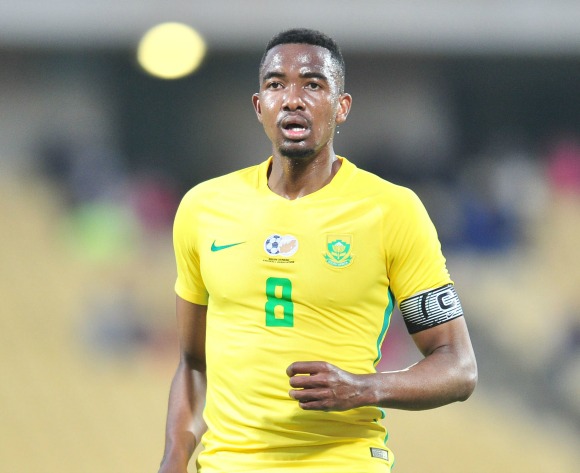 The Bafana Bafana international made his return to Dikwena before the start of the 2017/18 Premier Soccer League from Greek side AEL Larissa.

Although he is yet to start for Peter Butler's side as he is nursing an injury, 'Vieira' has exclusively revealed his ambitions to AfricanFootball.com as he makes his return to Phokeng.

“We want to do better than last season, maybe not to really finish in the top eight, but to push for a trophy or two not just in the league but cup games,” said Masalesa to AfricanFootball.com.

“It won't be easy though I must say because the league is becoming tougher and more clubs are bringing in quality players.

“In terms of going back to Africa in CAF competitions, it was the club's experience last season (CAF Confederation Cup) and maybe it didn't go too well.

“Hopefully in the future we can do better and improve on our showing. I am back as a man yes, in terms of expectations – I know a lot is expected from me.

“I am one of the bigger players, bigger voices in the changing room. When I left, I was a youngster and never played in the PSL.

“I am back now with a bit of experience, and I am more of a leader now having played in Europe as well and in the CAF Champions League.

“A lot has changed since then, its important to start off well as an individual, but also important to help the club based on ambitions, goals, successes and values of the team.”

After their 2-0 Absa Premiership loss to Maritzburg United at home last weekend, Stars will want to beat Cape Town City on Wednesday in the Mother City.