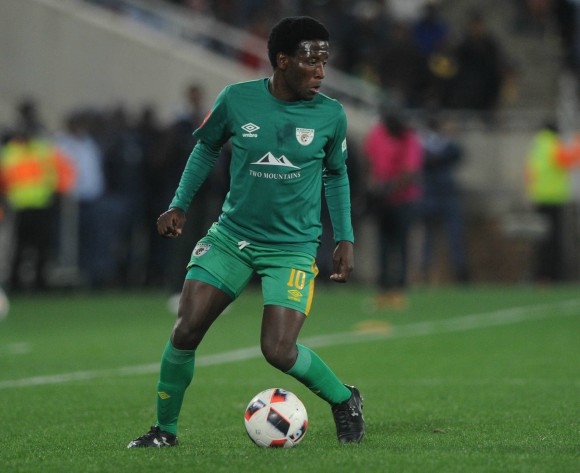 Baroka FC are said to have paid R3 million to secure the services of Siphelele Ntshangase.

The 24-year-old officially joined Bakgaga on Tuesday, wasting no time in making his debut for the club following his move from Black Leopards. The midfielder coming on as a second-half substitute in a 1-1 draw against Orlando Pirates.

According to the players agent, Jazzman Mahlakgane, Baroka were the only team willing to meet Lidoda Duvha's valuation, with both Bidvest Wits and Kaizer Chiefs having been previously linked with the playmaker.

“These other clubs were not prepared to buy, and Baroka put their foot forward,” Mahlakgane told Kickoff.com.

“We agreed to a two-year deal. The boy has been in the NFD [National First Division] for too long now, so I'm happy for him because he has finally realised his dream of playing in the PSL.

"I spoke to him earlier today [Tuesday] before we finalised this deal with the two clubs, and he told me that the only thing he wants is to play in the PSL," he concluded.

Ntshangase has signed a two-year-deal with the Limpopo club.