Ten-man stars fight back for a point against Wits 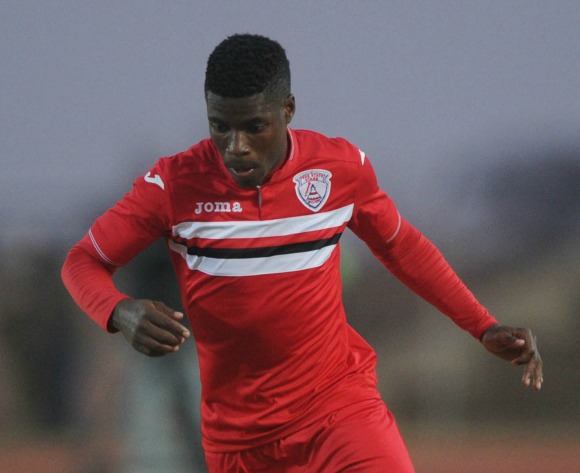 A ten-man Free State Stars scored in the final minute of the game to rescue a point in a 2-2 draw against Bidvest Wits in an Absa Premiership match at Goble Park on Wednesday night.

The draw sees both sides still without a win in the league after Wits lost their opening game to Cape Town City and Stars lost theirs to AmaZulu.

The defending league champions started well and scored the game’s first goal in the ninth minute when a cross-cum-shot from Kombamelo Kodisang on the right was turned into his own net by goalkeeper Badra Ali Sangare, 1-0.

The Ea Lla Koto managed to fight back and levelled matter just after the half hour when Katlego Mokhuoane clinically turned the ball into the back of the net from ten-yards out after meeting a low cross from the left, 1-1.

Wits controlled the remainder of the half but failed to re-take the lead before the break.

The start of the second half produced very little in terms of decent goalmouth action.

The first real chance came in the 60th minute when Eleazar Rodgers met a corner-kick from Daylon Classen, but the Wits striker saw his header brilliantly saved.

Ten minutes later Free State received a massive blow when Thamsanqa Teyise received his second yellow card and was given his marching orders.

Wits made their one man advantage tell and took the lead in the 82nd minute when Reeve Frosler drove into the box, beating four defenders on his way, before calmly slotting home from 14-yards out, 2-1.

Reeve Frosler went from hero to zero seven minutes later when he brought Sibusiso Hlubi down inside the box and the referee pointed to the penalty spot.

Siphelele Mthembu stepped up for Free State and duly levelled matters to rescue a point for his side, 2-2.

The point for both sides was their first of the league season.