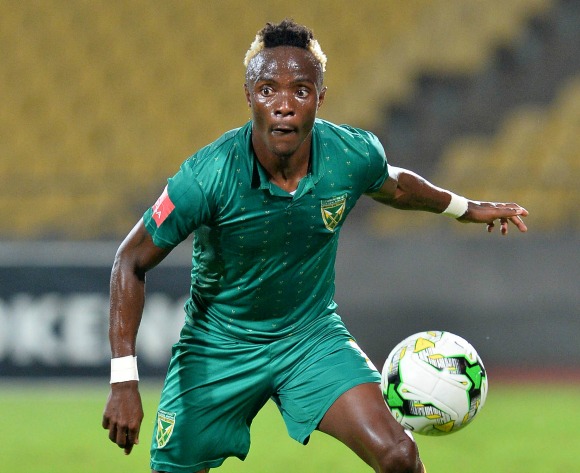 Despite netting an equaliser through Kudakwashe Mahachi, Golden Arrows continue to search for their first 2017/18 Absa Premiership win after drawing 1-1 against Bloemfontein Celtic on Wednesday night at Princess Magogo Stadium.

The draw leaves Clinton Larsen's troops at number nine with two points from two games so far which both ended in 1-1 draws.

However, for the visiting side, Roggert Nyundu scored as they also bagged a point out of their second league tie.

It was a bright start for the hosts as they pushed for an early goal in the first four minutes through Mahachi, yet his shot was swallowed by goalkeeper, Patrick Tignyemb.

Two minutes later, Nyundu put the visitors in front when he converted with a powerful header following a set piece.

Just after the 10th minute, Arrows exerted pressure on Siwelele and Mahachi delivered the ball into the box, but Wayde Jooste's header went over the crossbar.

As Abafana Bes'thende kept Tignyemb busy in search of their first goal, the 29th minute saw Siphelele Magubane's pass received by Musa Bilankulu, but the defender's shot sailed over the woodwork.

Arrows’ resilience paid off in the 40th minute when Celtic committed a foul in the box and Mahachi raised his hand to beat Tignyemb. It was 1-1 at the end of the opening half.

Upon their return from the dressing room, Veselin Jelusic's men took the game to their hosts and their chance came in the 51st minute, but keeper Nkosingiphile Gumede collected the effort.

Clinton Larsen's troops responded with brilliant touches six minutes later, as Romario Dlamini combined with Jooste before setting up Mahachi, whose powerful shot was saved by Tignyemb for a corner.

There were few chances towards the last 20 minutes and Lantshene Phalane tried a long range shot in the 74th minute, but Gumede was equal to the task to make a save.

Both sides pushed for a winning goal in the final stages of the tie, but it was not meant to be as they shared the spoils in their second league match.

In the wake of the stalemate, Phunya Sele Sele now sit at number 11 on the log table with two points from as many matches.