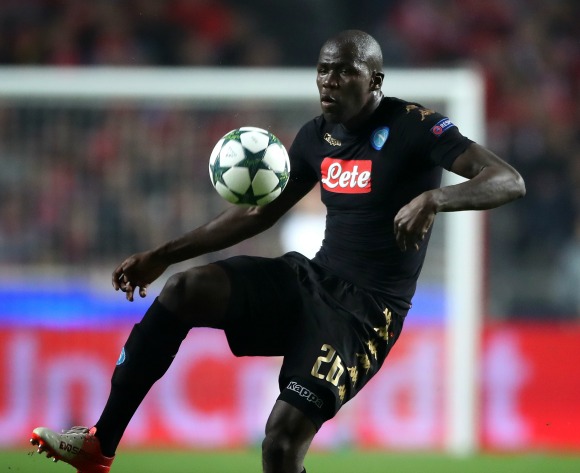 The Italian club won 2-0 at Allianz Riviera in the second leg of the teams’ qualifying tie, securing a 4-0 aggregate victory and a place in the group stages of the elite competition.

Koulibaly played a key role in Napoli securing successive clean sheets, laying the foundation for their success against the French side.

The Teranga Lions centre-back was particularly impressive in the way he handled the threat of Italian striker Mario Balotelli.

“Napoli did what Napoli do and they ate Nice, who looked like a small team," Bruno Satin said on Radio Kiss Kiss Napoli.

“Koulibaly has grown, he even scares me so I can only imagine how the opponents feel! He literally ate Balotelli for breakfast, though he didn't seem to be at the top.

“I look forward to tomorrow's draw to see who Napoli get, they'll definitely face two strong teams as they're in the third pot."