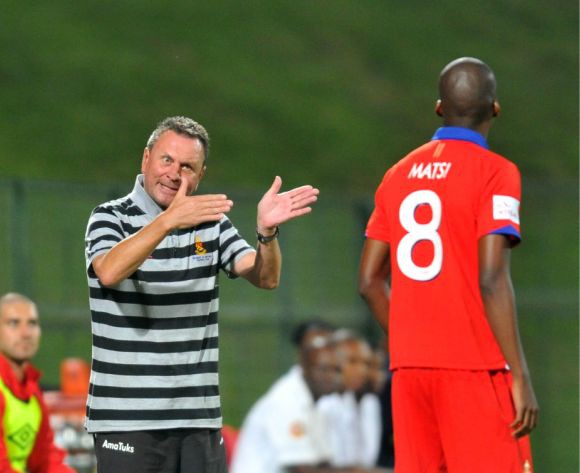 Free State Stars have parted ways with coach Sammy Troughton after leading the side for two South African Absa Premiership matches in the new 2017/18 season.

Ea Lla Koto have reportedly decided to release the coach as they are strongly linked with former Polokwane City mentor, Luc Eymael.

Troughton joined Stars ahead of the new campaign as he prepared the team in their pre-season, but a 1-0 loss to AmaZulu and a 2-2 draw against Bidvest Wits was not enough for him to keep his job.

Media reports reveal that the Bethlehem-based club has fired the former University of Pretoria and Stellenbosch FC coach on Wednesday night after the draw against the league champions, Wits.

On the other hand, Eymael has been heavily linked with a return to the Premier Soccer League and reports indicate that he is back in the country.

Stars occupy the 13th spot on the log table from two matches and will meet Mamelodi Sundowns at Goble Park Stadium on Tuesday, 12 September.