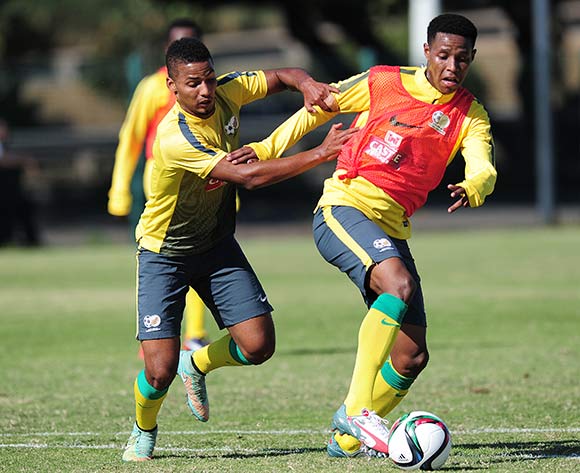 Bongani Zungu and Rivaldo Coetzee of South Africa during the Bafana Bafana training on the Peoples Park training fields at the Moses Mabhida Stadium in Durban, South Africa on June 08, 2015 ©Gerhard Duraan/BackpagePix

No matter how far their club side's progress in this season's premier European competition, it is destined to be a memorable campaign for both players with trips to some of the world's best club teams.

It was this week confirmed that Coetzee, 20, would be joining Scottish giants Glasgow Celtic with the 'Hoops' to come up against Bayern Munich, Paris-Saint Germain and Anderlecht in this season's UEFA Champions League group stages.

Ndlovu, who played in integral part in leading his Azerbaijani side to a first UCL campaign, will come go head-to-head with Chelsea, Atletico Madrid and Roma in Group C.

In contrast, things are a bit easier for the likes of Bongani Zungu, Thulani Serero and Amajita ace Luther Singh, who will play in the Europa League this season.

This is who the South African stars' will come up against in Europe's second tier competition: