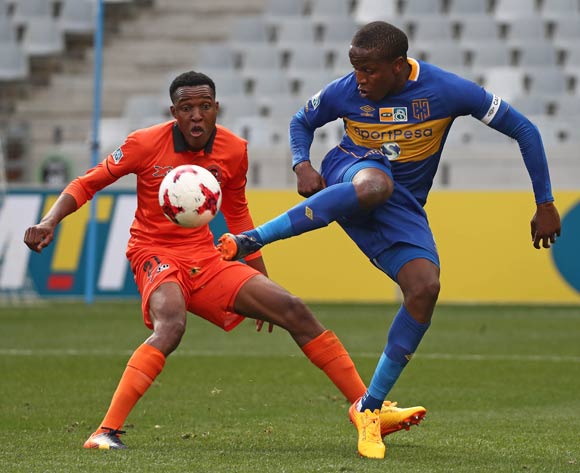 Benni McCarthy has explained why he felt the need to exclude star player Lebogang Manyama from his Cape Town City side in their 1-0 win over Bidvest Wits in the MTN8.

The Citizens defeated the Clever Boys in the teams’ semifinal, first leg clash in Cape Town Stadium, but Manyama was conspicuous by his absence.

The reigning PSL Footballer of the Season was hauled off at half time of City’s 3-1 win over Platinum Stars in the Absa Premiership last week, with McCarthy feeling that his focus has gone ahead of the looming transfer deadline.

The 26-year-old has been strongly linked with a move away from the Cape Town club. Mamelodi Sundowns are known admirers, while a move to Europe could also be on the cards.

"I just felt that with the changes I made last week to the side, I left Lebo in and obviously I didn't get what I was looking for from the performance against Platinum Stars... because of everything that was going on in the media, with is he gonna go or is he gonna stay,” explained McCarthy in the wake of the MTN8 clash.

"I felt this week more so than ever that his mind wasn't here. He was at training, he was present but he had a lot of things going [on]. I had a chat with him, and obviously that was the general feeling I got.

“So I thought it was the most noble thing to do. If a player is gonna play half-hearted or half-minded, you're not gonna get his full worth, his full potential.

“And the fans are gonna get on his back because of the news of is he gonna go or is he staying. I don't want the fans to start being impatient with him, because obviously it's not his fault. You can't control your mind to a certain extent.

"I thought the right thing to do was to keep him out of the firing line of people having a go at him. So I felt that this game [against Wits] is gonna need 100 percent concentration, 100 percent commitment from everyone.

“And if you are not gonna give 100 percent it's better that you are out the team, and that's the reason why he was.

“He wasn't 100 percent at training and you can't play ahead of guys at training that's ready to die for the cause.”