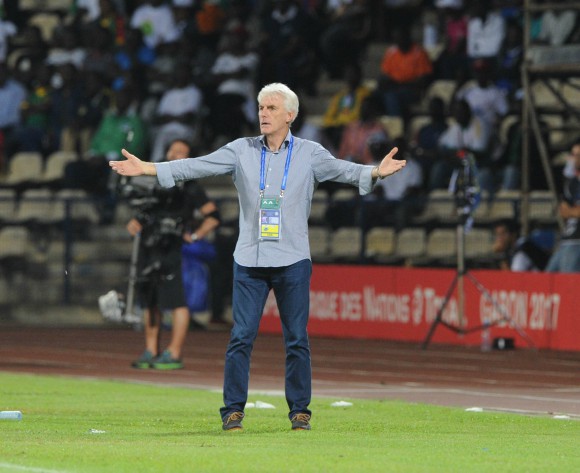 The Belgian tactician also commented on the Cameroonian Football Association (FECAFOOT)'s recent crisis which FIFA had to intervene.

“I was surprised by the events of the last few days in Cameroon. I do not have a comment because it does not concern me," Broos told Camfoot.

"I’m here for both games against Nigeria. I hope that these events will not disrupt or influence these two games.

Nigeria will host Cameroon on 1 September in Uyo, while the return leg match is scheduled to played in Yaounde three days later.

The Super Eagles of Nigeria are sitting of the qualifying group (Group B) with six points - four ahead of Cameroon's Indomitable Lions with four games left.

“These are two important matches. And even after that there will be Zambia and Algeria, four important games," he continued.

"If we still have the chance to qualify, we must take at least four points out of six against Nigeria.

"If that is not the case, I think it will not be possible to qualify for the 2018 World Cup. It will become very difficult.”

Only the group winners will book their place in the finals which are scheduled to be hosted by Russia next year.