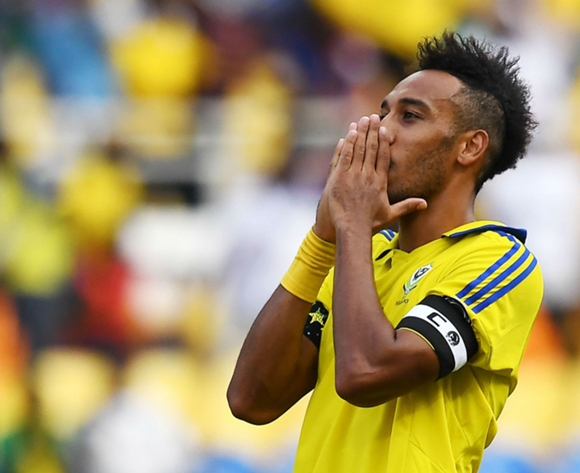 Pierre-Emerick Aubameyang in action for Gabon.

Gabon will be chasing their first win in Group C in a 2018 FIFA World Cup qualifier match against Cote d'Ivoire on Saturday.

The Panthers occupy the second spot in the group with two points from as many draws.

Fresh from two goalless draws against Mali and Morocco, the hosts will want a win to ease their concerns.

Coach Jose Antonio Camacho will be the man expected to lead the 2017 CAF African Cup of Nations hosts to their first ever appearance at the World Cup.

Should they win, Gabon will claim the number one spot with five points from three matches.

Looking at the Elephants, they will also be gunning for a win as they want to consolidate their pole position in Group C.

The 2015 AFCON champions are fresh from a 0-0 draw against Morocco, but opened their campaign with a win over the Eagles of Mali.

A victory for coach Marc Wilmots' side means they will remain at the top of Group C with seven points.

This encounter will be staged at the Stade d'Angondjé in Libreville, getting underway at 18:00 (CAT).