Nightmare in Rabat for Mali as Morocco score six 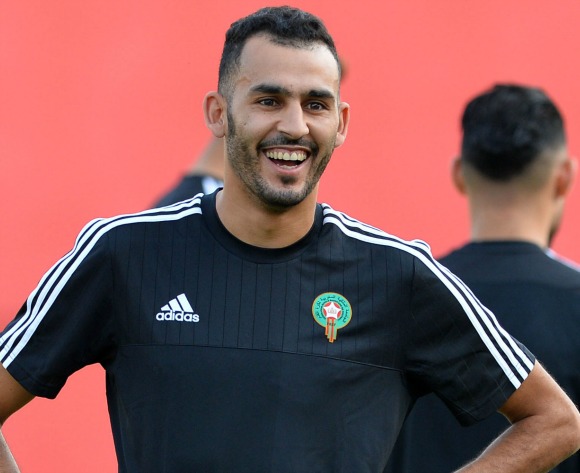 It was a nightmare to forget for Mali on Friday night after Morocco slammed six goals past the nine-man Eagles side to register a 6-0 victory in a 2018 World Cup, Group C qualifier match at the Stade Moulay Abdellah in Rabat.

The home side took control of the tie from the opening whistle and made their pressure tell with the game’s first goal in the 19th minute when Hakim Ziyech found the back of the net, 1-0.

Mali did not offer much in attack and defended with all their might to go into the break only trailing by two goals.

Any chance of a fight-back from Mali were dealt a massive blow in the 57th minute when they were reduced to ten men following the sending off of Bakaye Dibassy after receiving a second yellow card.

On the hour mark Hakim Ziyech put the result beyond doubt with his second goal of the night and his country’s third, 3-0.

Matters went from bad to worse for the visiting Mali when they were reduced to nine men following the sending off of Mohamed Konate in the 67th minute after his second booking as well.

The icing on the cake for Morocco was their fourth goal, scored by Achraf Hakimi in the 72nd minute, 4-0.

Mali tried to defend as best they could after that with their nine men, but they could not finish the night without conceding two more goals – substitutes Faycal Fajr and Mimoun Mahi scoring for Morocco in the 86th and 89th minutes respectively, 6-0.

The win takes Morocco to the top of Group C with five points from three matches, one point above second placed Cote d’Ivoire who are in action against Gabon on Saturday.

Gabon are third in Group C with two points from two matches while Mali are last with one point from three games.