SA coach: We froze in defeat to Cape Verde 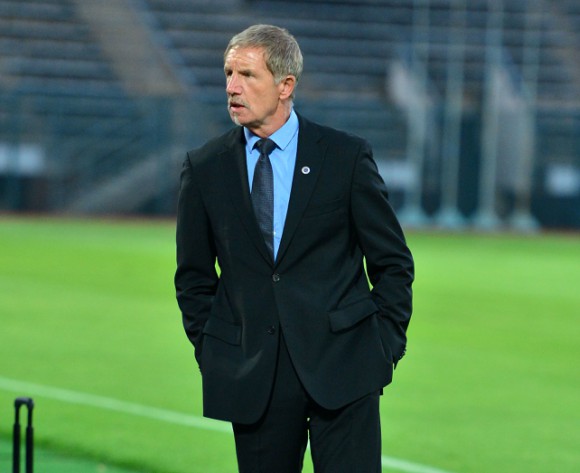 South Africa ‘froze’ in their disappointing 2-1 defeat at the hands of Cape Verde in a 2018 World Cup qualifier on Friday, according to coach Stuart Baxter.

Bafana Bafana claimed an early lead through Tokelo Rantie in their Group D match in Praia, but the Blue Sharks hit back through a quick brace of goals from Nuno Rocha.

A red card for defender Erick Mathoho midway through the second half hurt the visitors’ hopes of getting back on level terms.

“We knew when we came here that there were natural difficulties with this game,” Baxter said in his post-match press conference, as quoted by Times Live.

“One‚ when I watched Cape Verde's other games against Burkina Faso and Senegal‚ apart from moments where Cape Verde switched off‚ they had been close games. So we knew that this was not a bad team.

“Secondly the [artificial] pitch is not the easiest to play on. And this was maybe Cape Verde's last chance to pick up points that could maybe lead to somewhere.

“I thought we opened the game very well. I thought we controlled the first 20 minutes. We scored.

“I think when we conceded the 1-1 goal it became a bit of a mental problem where the players froze‚ they didn't react.

“In the second half we did what we could do. We tried to play more‚ we tried to have more patience and composure.

“And even when we were down to 10 men‚ I was disappointed that we didn't get the result. But I'm looking for reasons not excuses.”

South Africa will seek revenge against the Island team when they meet for a re-match in Durban on Tuesday evening. AfricanFootball will have live coverage of the clash.