Mwila rejoices over his brace against Algeria 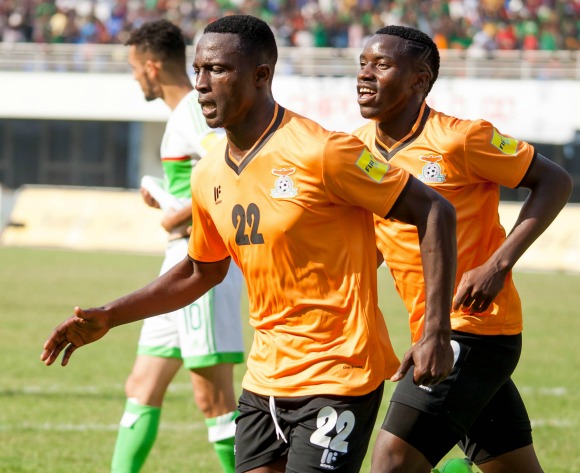 After netting a brace against Algeria in their 2018 FIFA World Cup qualifier on Saturday, Zambian striker Brian Mwila says he is delighted.

Coach Wedson Nyirenda's men are now looking to bag a win in their return leg in Algeria on Tuesday as they want to consolidate their spot in the group.

The win has elevated Chipolpolo to the second spot in Group B with seven points from three matches so far and a win in Algiers will boost their hopes of booking a spot in Russia.

“I am delighted to have scored two goals. I was really looking forward to helping my country in a crucial match,” Mwila told the Daily Mail.

The return leg will be staged on Tuesday, September 5 in Algeria.