Uganda out to claim a double in Alexandria 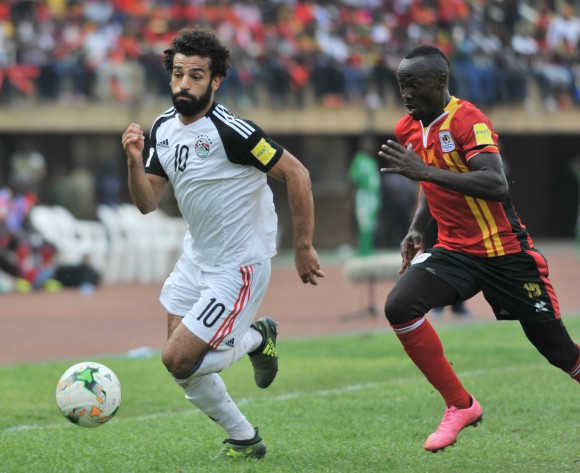 Uganda will chase their second win over Egypt as they meet in a 2018 FIFA World Cup qualifier in Alexandria on Tuesday.

The Cranes are fresh from a hard fought 1-0 win over the Pharaohs at home last Thursday and a win away will boost their chances of making it to Russia.

Under the guidance of coach Moses Basena, Uganda now occupy the top spot in Group E with seven points from three matches so far.

Although a win will not come easy in Alexandria, a win will see them consolidating their spot with 10 points before the final round of matches in November.

On the other hand, the Pharaohs are chasing their first appearance at the global tournament since 1990 and a defeat at home could be a huge blow.

Coach Hector Cuper's men sit at number two in the group with six points and will be gunning to reclaim their top spot in the group.

Although they will be without their experienced goalkeeper in Essam El-Hadary through an injury, they are favourites to rise to the occasion at home.

"The qualifiers are not over yet, we still have nine points to fight for," said Cuper.

"We tried more than one formation and fielded many attackers, but we still could not get a better result."

Alexandria’s Borg El-Arab Stadium will be the venue for the match, getting underway at 20:00 (CAT) on Tuesday, September 5.